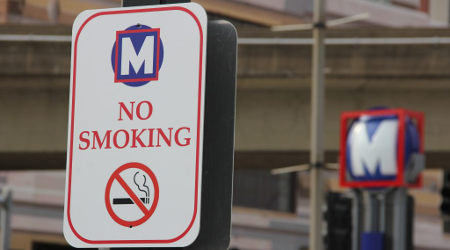 Metro Transit-St. Louis on Sept. 5 will ban smoking on all its properties.

Smoking already is prohibited on the agency's vehicles and on MetroLink light-rail station platforms. However, the new ban extends to all transit center locations, including parking lots and indoor and outdoor waiting areas.

The ban applies to smoking of any kind, including e-cigarettes, Metro Transit officials said in a press release.

"We are creating a healthier environment for the transit riding public," said Ray Friem, Metro Transit's executive director. "We encourage feedback from our Metro riders and they are telling us they want a smoke-free transit experience."

Metro Transit has partnered with the American Lung Association to provide smoking cessation resources and information for passengers.