The Federal Transit Administration has given the green light to the Northern Indiana Commuter Transportation District (NICTD) to enter the project development phase for its proposed double-track project on the South Shore Line. 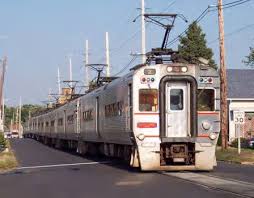 The $210 million project calls for adding a second track along a 25-mile stretch between Tennessee Street in Gary, Ind., and Michigan Boulevard in Michigan City, Ind. The work is expected to increase the commuter railroad's capacity by 5,000 to 8,000 daily riders and "significantly reduce travel times" along the line, particularly at station locations farther from Chicago, NICTD officials said in a press release.

The agency plans to seek a project rating by the FTA in late 2017, which would lead to a funding recommendation in the next president's fiscal-year 2018 budget. NICTD officials said. Following congressional approval, the project could begin in 2018, with completion slated for late 2020.

The double-track project "leverages upon years of intelligent, targeted and sustained reinvestment in the infrastructure of the South Shore Line," said NICTD General Manager Michael Noland, adding that the work "unlocks the incredible potential" of the northern Indiana region.

The next step in the process is completing the preliminary engineering and environmental studies and securing a local/state share of $105 million to qualify for federal funding.

"This type of investment is only the tip of the iceberg of the economic development that is associated with the completion of this project," said Bill Hanna, president of the Northwest Indiana Regional Development Authority (RDA

In late April, the RDA board approved a $1.6 million matching grant for the double-track project.