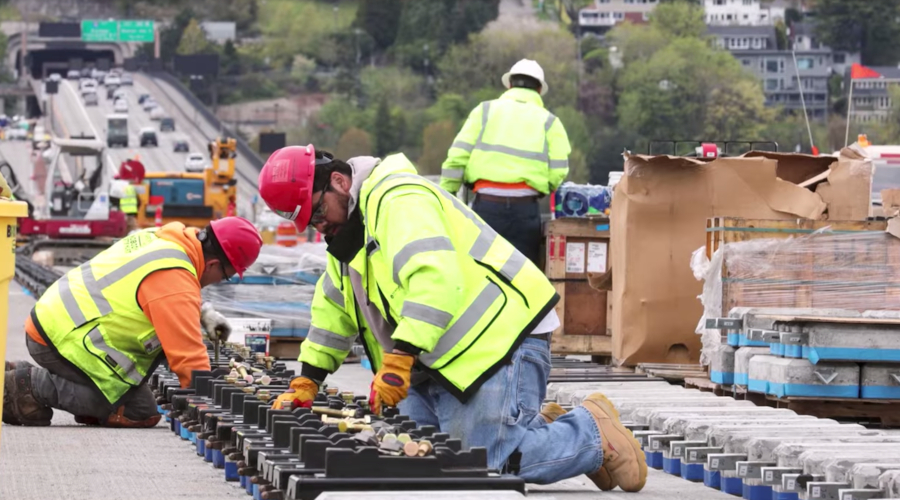 Sound Transit earlier this week announced it will use specially engineered attachments to install light-rail track on the Homer M. Hadley floating bridge in Seattle.

To enable light-rail trains to transition from fixed track sections onto the floating bridge, the track construction requires special concrete attachments that minimize weight and isolate stray current from the electric system that powers the trains, Sound Transit officials said in a press release.

Almost 9,000 specially engineered and constructed lightweight concrete blocks are being affixed to the bridge deck using an epoxy called DexG. Track is then set on the blocks with steel tie bars placed between them to maintain gauge, similar to a standard railroad tie system, officials said.

Crews began installing track on the bridge in late 2018 after they completed post-tensioning of the bridge pontoons. The post-tensioning process reinforced the concrete with high-strength tensioned strains to enable the bridge to hold light-rail tracks and vehicles.

Furthermore, the project requires specially engineered track bridges that can compensate for lake motion. To date, crews have installed one of a total of eight track bridges.

All track bridges are scheduled to be in place by end of the year.

To view a video of the installation process, visit Sound Transit’s YouTube channel.