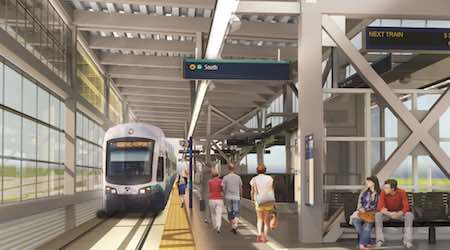 Pegged to start service in 2021, the 4.3-mile light-rail extension will transport riders between Northgate and downtown Seattle in about 14 minutes, Sound Transit officials said in a press release. The project is a major component of the agency's commitment to complete a 116-mile regional light-rail system by 2041 — the largest rail service expansion in the nation, they said.

Other light-rail extensions are scheduled to reach West Seattle, Fife and Tacoma in 2030; Ballard in 2035; Paine Field and Everett in 2036; and South Kirkland and Issaquah in 2041.