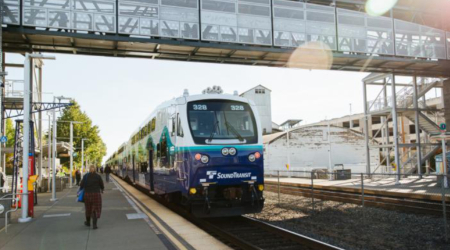 "It is critical that we foster a welcoming environment for every rider and ensure that transit is accessible and affordable for all," said Sound Transit Chief Executive Peter Rogoff.

The pilot program grew out of passenger and community feedback that expressed discomfort with fare enforcement officers who resemble law enforcement.

In response, fare ambassadors wear bright yellow caps, and carry yellow messenger bags that make them easy to recognize. Their focus is on passenger education and customer service rather than enforcement, with particular emphasis on how to purchase ORCA cards and passes and how income-eligible passengers can obtain ORCA LIFT cards.