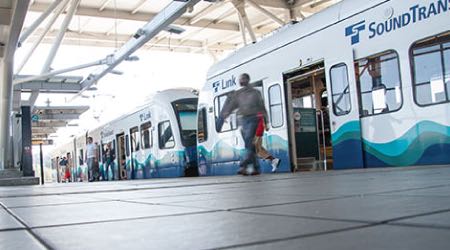 Conceptual design plans will be discussed for the extension's two stations, the preliminary engineering process and the project's overall timeline.

The Downtown Redmond extension initially was planned to be built as part of the $3.7 billion East Link extension. However, Sound Transit suspended the Redmond project due to declining tax revenue during the 2007-2009 recession, agency officials said in a press release.

Sound Transit's board in February 2016 restored funding for the project's preliminary engineering.

Also in 2016, voters approved the remaining funding needed to design and build the Redmond project, which extends the light-rail line 3.7 miles from the future Redmond Technology Center Station. The Downtown Redmond extension is slated to open in 2024.