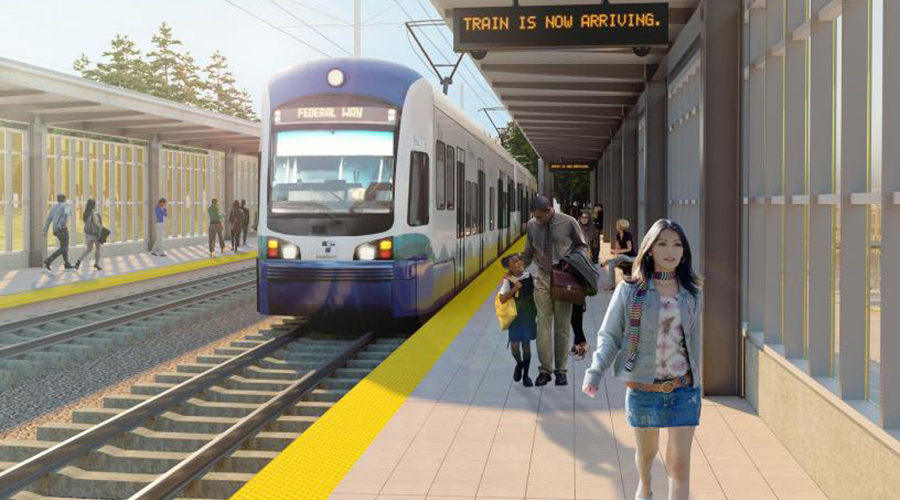 Sound Transit is continuing early preparations for construction of the 7.8-mile Federal Way Link Extension, which will extend the light-rail line from Angel Lake Station in SeaTac, Washington, to a transit center in Federal Way.

Efforts include clearing vegetation and 8,600 trees, as well as relocating conflicting utilities. The work in SeaTac and Des Moines is underway, and will begin in Federal Way on Thursday.

Working with contractor Kiewit Infrastructure West, Sound Transit sought to minimize the number of trees that would be removed, agency officials said in a press release.

Sound Transit will replace the removed trees with more than 16,000 new ones, and emphasize the planting of native and adaptive species of trees and other plants, agency officials said. Sound Transit also agreed to a 13-year vegetation maintenance program with the Washington State Department of Transportation.

Construction of the light-rail guideway will begin later this summer.