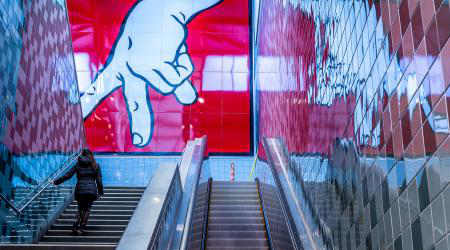 The line, which runs from Seattle's Capitol Hill area to Husky Stadium on the University of Washington campus, has contributed to an 89 percent uptick in average weekday ridership on the Sound Transit's Link light-rail system between February 2016 and February 2017.

During fourth-quarter 2016, the extension's two stations accounted for 16,000 of 65,600 average weekday boardings on Link, Sound Transit officials said in a press release.

"The demand for light-rail service — during the work week and weekends — is proof that investments in its continued expansion is critically needed," said Sound Transit Chief Executive Officer Peter Rogoff.