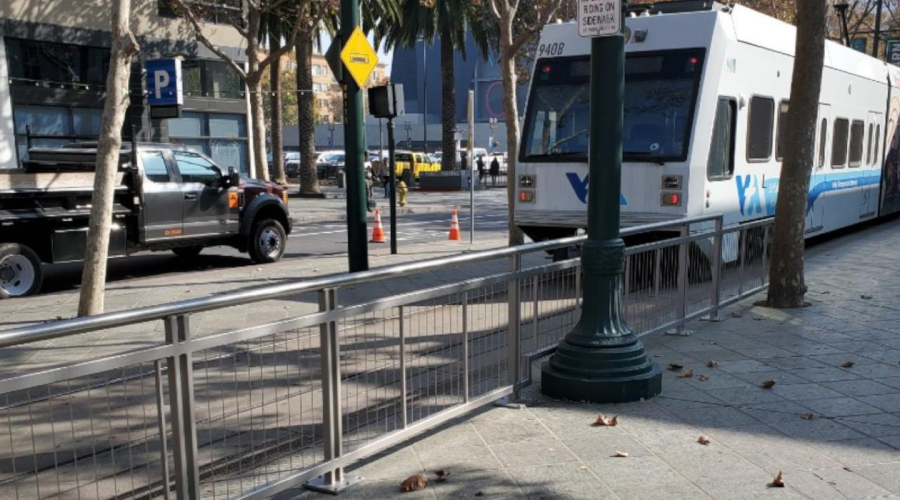 The Santa Clara Valley Transportation Authority (VTA) earlier this month installed a railing in the space between the sidewalk and light-rail track along Second Street between San Carlos and San Fernando streets in downtown San Jose, California.

The installation is part of a six-month pilot program to reduce incidents of people walking in front of on-coming trains and to allow trains to move more seamlessly along the line.

“One of the most prevalent complaints we hear about light-rail downtown is how slowly it moves, and that’s partly because of the design of the transit mall allowing pedestrians to walk onto the tracks at any given time,” VTA officials said in a press release.

If the pilot leads to improved safety and reliability, VTA likely will install more railing in downtown San Jose. Additionally, the agency might consider increasing the speed to above 10 mph in the downtown area.

Also earlier this month, the VTA commissioned consulting firm RSM US LLP to study the agency's governance structure and practices.

The study will evaluate board effectiveness at supporting VTA's mission, goals and objectives, as well as identify best practices and potential improvements.

VTA is seeking public input on its governance through Dec. 6, as part of the study, which RSM US will present to VTA's board Dec. 17.