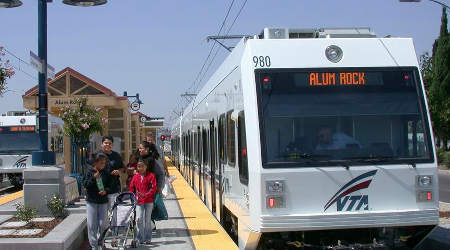 Known as the Orange Line, the route would operate on existing tracks to provide a one-seat ride between the two destinations, VTA spokeswoman Stacey Hendler Ross said.

Orange Line trains would run every 15 minutes on weekdays. The new route is part of a transit service redesign plan approved by VTA's board on May 4.

The plan also calls for doubling the number of morning and evening trains on the Commuter Express light-rail line, which will be renamed the Yellow Line.

Although VTA's fiscal year begins in July, the plan won't go into effect until passenger service on VTA's Bay Area Rapid Transit Silicon Valley Extension is available. That extension is slated to open by the end of the calendar year, VTA officials said in a press release.