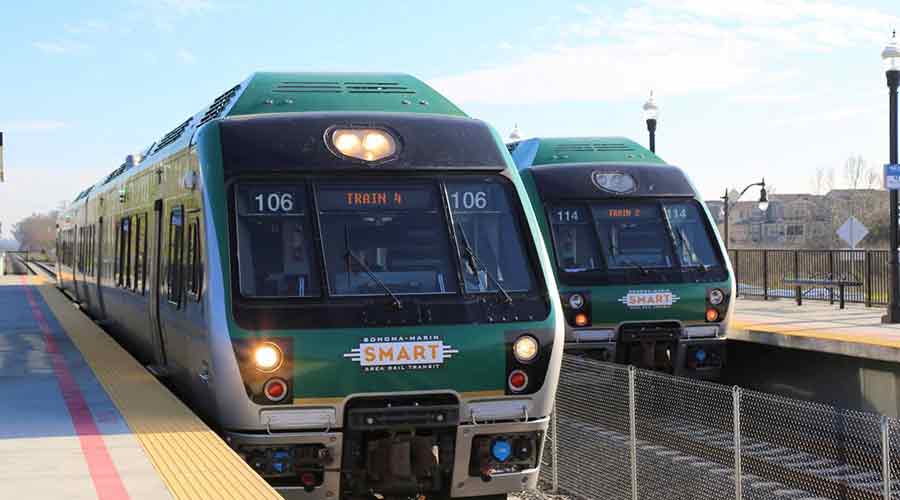 The Sonoma-Marin Area Rail Transit (SMART) agency in California last week released a report examining the feasibility of implementing passenger-rail service in the corridor between Marin, Sonoma, Napa, and Solano counties. The agency found that the link would be possible.

Requested and funded by the California State Transportation Agency, the study found that an east-west connection would expand transit connectivity in northern California and could be completed “relatively quickly,” SMART General Manager Farhad Mansourian wrote in the report.

However, the implementation would require improvements to the existing trackway and bridges, construction of new stations and installation of a new signal system with positive train control.

The study listed the physical elements of the railroad, performed a review of the natural environment to get a sense of habitat and conditions, and prepared cost estimates for two service options:

Once funds become available, passenger service could be established in four to six years with either option, according to the report.