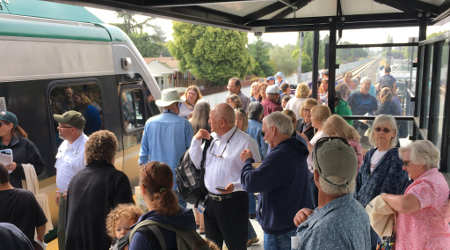 The preview trips will continue July 1 and 4. On those days, SMART will offer three trips each.

Project leaders developed its preview ride schedule based on more than 1,000 responses from the public identifying which stations they would use and days they would ride, according to a SMART press release.