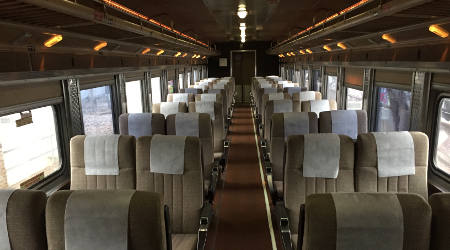 O&NW's services will be marketed under the "Royal Palm Railway Experience" brand. Initial offerings will include daytime entertainment between Tavares and Mt. Dora, Florida.

The news follows the completion of negotiations for a track-use agreement with Florida Central, as well as a lease of the Tavares Station, O&NW officials said in a press release.

In January, evening dinner trains and morning brunch trains are expected to begin rolling, with seasonal special events and other offerings to be announced in the coming weeks.