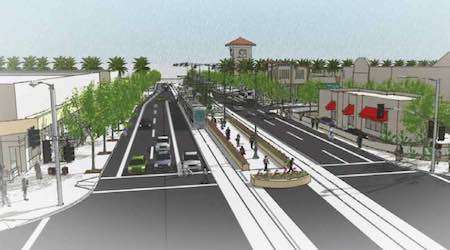 "That means we are closer to more transit-oriented development (TOD) projects coming to those neighborhoods, more jobs and more educational opportunities for residents," Stanton said.

In addition to the final design agreement, the Phoenix City Council approved issuing a request for proposals for a partner to assist the city and Valley Metro with a previously awarded $2 million TOD grant.

Awarded last October, the federal grant enables Phoenix and Valley Metro to begin business assistance earlier, according to the agency. The work will include assessing the concerns and needs of local businesses and property owners along the South Central extension.

Valley Metro and the city then will develop a business assistance plan to prepare local companies for the project's groundbreaking in 2019.

The extension will begin in downtown Phoenix and run south to Baseline Road. The project includes seven stations.

Following voter approval of the Phoenix Transportation 2050 plan, the City Council moved the opening date of the South Central light-rail extension from 2034 to 2023.