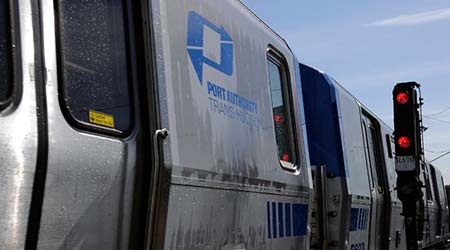 The Port Authority of New York and New Jersey (PANYNJ) announced Wednesday it has begun taking disciplinary action against 44 agency police officers — about one-third of the PATH rail system's command — for allegedly "shirking duties" while on the clock.

Authority officials said an investigation shows that certain officers were staying in break rooms too long and missing patrols, according to a PANYNJ press release.

The PATH police command is responsible for around-the-clock coverage of the PATH rail system, which includes seven stations in New Jersey and six in Manhattan, south of 34th street.

In May, the Chief Security Officer's Quality Assurance & Inspections unit became aware that several officers were off post, which prompted additional investigation. The concern was referred to the Office of the Inspector General, which uncovered "serious transgressions" by officers, according to the press release. The Inspector General's Office is evaluating whether certain cases should be referred to local prosecutors.

The internal probe began at the Hoboken PATH station and eventually also focused on officers assigned to PATH police details at several stations in New Jersey and New York. These transgressions stem from officers failing to perform patrol duties as required during their work shifts, primarily on but not limited to the midnight-8 a.m. shift.

The investigation extended to PATH commands at the Newark, Christopher Street, 33rd Street and World Trade Center stations. The investigation, as supported by video, disclosed several officers were spending more than six hours of their shift in a break room; in one case, an officer spent more than seven hours of a shift away from his post.

Some of the suspected officers were assigned on overtime to heightened security details due to terror events that had occurred nationally and internationally. In some instances, officers assigned to doubled up posts in response to officer safety concerns were also observed off-post.

In the wake of the review, the PATH's top police commander was reassigned last month. All 44 cases are pending and no officers to date have settled any disciplinary charges against them.

"The allegations against these officers are extremely serious and we believe they have let down the public they are sworn to serve," said Inspector General Michael Nestor. "We will seek to take significant action against those officers who violated the public trust."