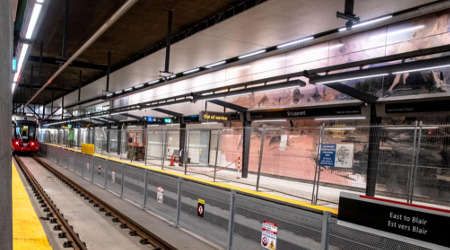 The 7.8-mile line's opening date likely will be pushed into 2019, according to a Sept. 10 city council update.

However, Ottawa "is not required to waive any of the requirements of the RSA and has repeatedly advised RTG that it must meet all of the contractual requirements," city officials said.

"The city has been clear with RTG that a modified fleet size will put the city at risk in its ability to operate the system as planned and promised to our customers," they added. "Partial opening of any station will impact transfer points, multimodal linkages, introduces confusion for our customers, impacts mobility, access, egress, etc. and will also deter from that important first impression."

The city may apply a CA$1 million liquidated damages fee against the next payment to RTG, according to the Sept. 10 project update.

The contractor was supposed to deliver the system to the city in May. But in February, the city announced the date was being pushed back six months to November, CBC News reported.

The CA$2.13 billion Confederation Line is being jointly funded by the governments of Canada, Ontario and Ottawa.

In May, elected officials gathered to install the final piece of light-rail track for the project.