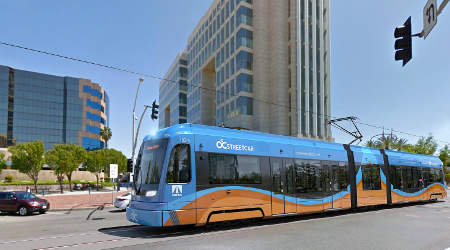 The Orange County Transportation Authority’s board earlier this week adopted the 2019 Measure M2 Next 10 Delivery Plan, which sets project and program priorities for a 10-year period through 2026.

The plan aims to support a balanced transportation system in the Southern California county. The transportation improvements cited in the "Next 10" plan — from enhanced transit services to improved roads — were promised to voters as early as possible through the Measure M sales tax referendum now known as OC Go, authority officials said in a press release.

The long-range plan was updated in response to a new revenue forecast for Measure M, they said. OC Go now is expected to generate $13.4 billion through 2041, an increase of $300 million compared with last year’s sales tax revenue projection.

The plan includes up to $4.3 billion for freeway projects; about $1 billion for street improvements; and $1 billion for enhanced transit services, including OC Streetcar operations and expanded Metrolink services.