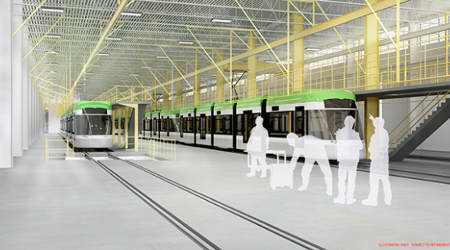 The system will be capable of providing backup and emergency power to the line for up to four hours in the event of a widespread power outage, Ontario government officials said in a press release.

The system will replace the province's previous plan to build a natural gas facility in Toronto's Mount Dennis neighborhood to power the light-rail line. Residents in the area had expressed concerns about building the plant, the Toronto Star reported.

"Through partnership and collaboration, Metrolinx and Toronto Hydro have arrived at an innovative a solution that will ensure the reliability of service of the Eglinton Crosstown [light-rail] line, and also respect the concerns of the Mount Dennis Community," said Bruce McCuaig, president and chief executive officer of Metrolinx.

The 11.8-mile line is scheduled for completion by 2021 and will connect the Mount Dennis area in the west with Kennedy Station in Toronto. The route will feature a 6.2-mile underground tunnel in its central section.