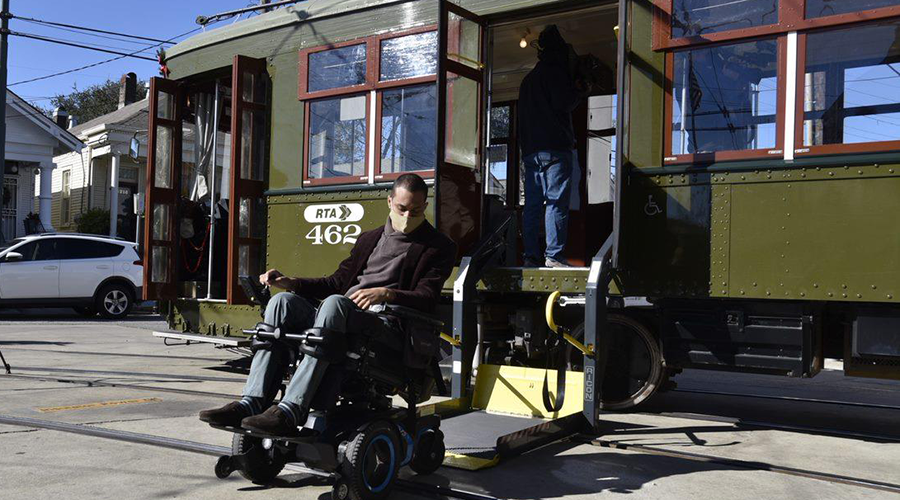 The New Orleans Regional Transit Authority (NORTA) earlier this week welcomed three newly modified streetcars to its fleet that are now complaint with the Americans with Disabilities Act.

The vehicles — retrofitted Riverfront streetcars — are equipped with wheelchair lifts at the front and rear to better accommodate riders with limited mobility and those who use wheelchairs and walkers.

The streetcars began service Dec. 1 on the St. Charles Line.

Dating to 1835, the St. Charles Streetcar Line is the oldest continuously operating streetcar line in the United States.