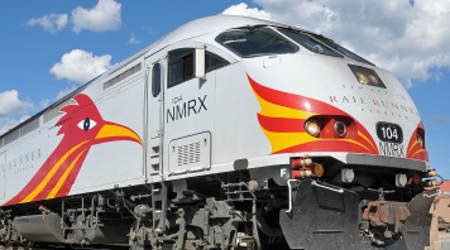 The New Mexico Rail Runner Express on April 24 will open the Zia Road Station in Santa Fe, the railroad announced in its April newsletter.

The stop will be a "kiss-and-ride" station without a commuter parking lot.

The $1 million station was built in 2008 but never opened due to residents' concerns about increased traffic in the area, according to the Albuquerque Journal.

Rail Runner officials originally planned to build a parking lot at the station, but in 2011 opted for the kiss-and-ride loop instead.

The railroad will make minor service adjustments to include stops at the Zia Road Station.