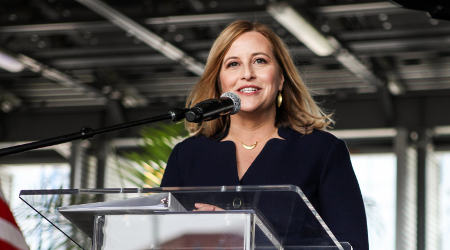 The Charlotte Avenue light-rail corridor would be extended beyond its endpoint at Interstate 440 and continue toward White Bridge Pike. The change would help provide better transit coverage for the West Nashville community, according to a press release issued by Barry's office.

With the extension, the Charlotte Avenue corridor would run 5.2 miles and cost $697 million. The corridor is one of the most densely developed corridors of Barry's five proposed light-rail routes.

"Direct, high-capacity transit is an opportunity for businesses and residents alike, and it won’t stop short on Charlotte Avenue," said Barry. "Our revised finance plan gives us the opportunity to better connect West Nashville with the city's transit network and provide even more residents with access to jobs and amenities available along the corridor and in the booming job centers downtown."

The entire light-rail system would be 28.4 miles long. The project would be funded tax increases that locals would need to approve in May 2018.

Barry last month unveiled a $5 billion infrastructure proposal that included the light-rail system. The proposal, which would also establish bus rapid transit routes, would be funded by a range of fees that voters will consider in the May 2018 elections.