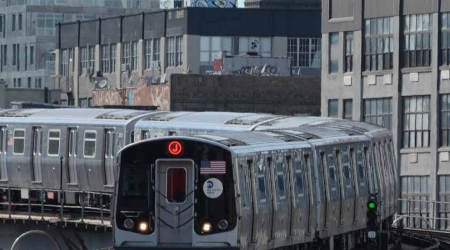 Within five years, the agency aims to install communications-based train control on five additional lines. Within 10 years, that control system will be implemented on 11 more lines. The signal update will require the refurbishing or replacing power systems, shops, yards, cars and other supporting infrastructure.

"What is needed isn't mere tinkering, a few tweaks here and there," Byford wrote in the plan's introduction. "What must happen is sustained investment on a massive scale if we are to deliver New Yorkers the service they deserve and the transit system this city and state need…. Now is the time to think big and transform our network so it works for all New Yorkers."

To track the progress of the plan, NYCT will release twice-yearly reports on the status of "Fast Forward."

Although the agency didn't mention cost estimates in the plan, The New York Times reported that it could cost more than $19 billion, citing two unnamed sources.

However, Metropolitan Transportation Authority (MTA) Chairman Joseph Lhota said in a statement that "any estimates are premature and are inevitably inaccurate," the newspaper reported.

Byford's plan follows a series of recurring subway delays and operational issues in summer 2017. The subway system's continued problems prompted New York Gov. Andrew Cuomo to declare a state of emergency for the MTA in June 2017.