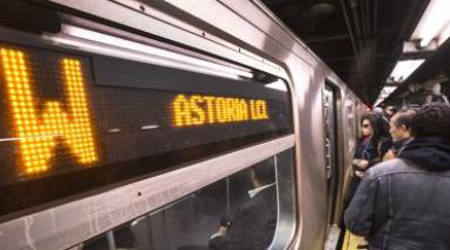 MTA New York City Transit (NYCT) this summer will install four elevators at its Astoria Boulevard Station on the N and W rail lines in Queens.

The project includes a pair of street-to-mezzanine elevators, as well as another two mezzanine-to-platform elevators. The installation of the street elevators will require the complete demolition and reconstruction of the station mezzanine, which will be raised to reduce strikes by trucks on the road below.

In addition, crews will perform numerous other repairs and improvements to the century-old station, including the replacement of platform roofs and the mezzanine overpass walkway. Platform gaps, boarding areas, stairs, railings and other station elements also will be completed to comply with Americans with Disabilities Act (ADA) standards.

The contract for the Astoria Boulevard Station project is expected to be awarded in late June, with work slated to begin in September. The agency will provide more details on the project's cost and timeline once the contract is awarded, NYCT officials said in a press release.

"I’ve made accessibility one of my top priorities since the moment I arrived at New York City Transit and am thrilled that we're bringing elevators to this critical intermodal hub that connects to LaGuardia Airport," said NYCT President Andy Byford.

NYCT also is conducting a study on the measures necessary to make its system fully accessible.