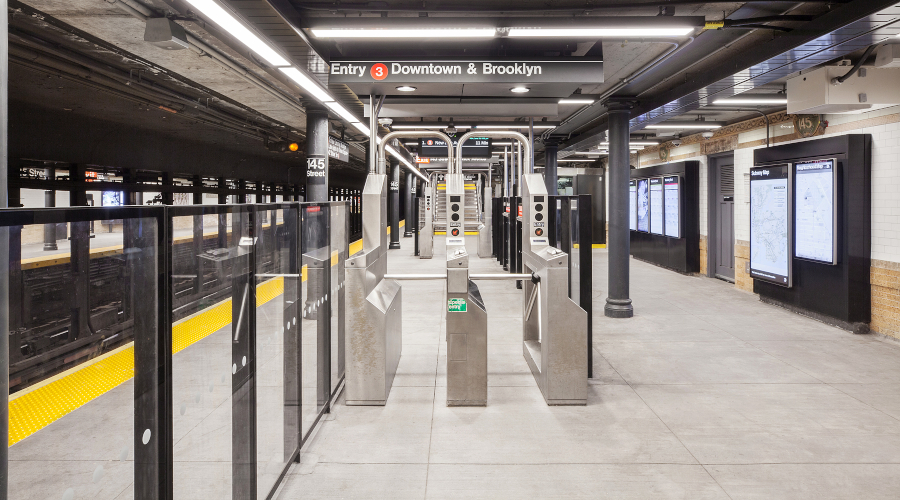 MTA New York City Transit (NYCT) has completed a three-station, $88 million renovation project on the 145th Street Station in Manhattan and the 167th Street and 174th-175th Street stations in the Bronx.

The work improved the street presence of entrances, modernized the information systems throughout, updated the interiors, and upgraded the lighting, mechanical, electrical and plumbing infrastructure to give the stations a clean look, officials from the design-build team said in a press release.

Much of the work focused on the stations’ control areas and platforms, and the team also renovated items that had deteriorated structurally, repairing various structural steel and concrete elements. They also performed waterproofing and made extensive safety improvements.