Known as the Brooklyn Queens Connector (BQX), the 16-mile route would enable New Yorkers to connect to a dozen waterfront neighborhoods, de Blasio said in his State of the City address last night. 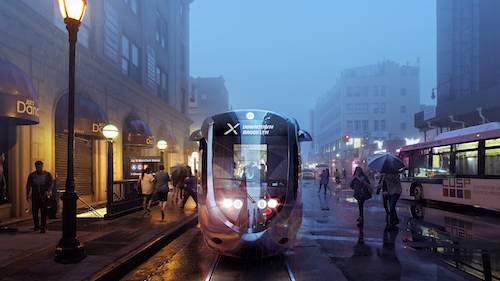 A rendering of a streetcar vehicle in downtown Brooklyn
Source: Friends of the Brooklyn Queens Connector

Explosive housing and job growth occurring along the corridor is putting increased demands on the area's transit and roadway systems, according to a statement issued by de Blasio's office.

When the city's subway system was developed, it largely skipped the area, and north-south transit wasn't fully developed in areas west of MTA New York City Transit's G subway line, de Blasio's office said. Currently, there are no new plans to build transportation infrastructure to relieve the overburdened subway lines and congested streets in these areas.

"This is about equity and innovation," de Blasio said in the statement. "We are mapping brand new transit that will knit neighborhoods together and open up real opportunities for our people."

At full build-out, the BQX would be one of the largest urban streetcar systems in the United States. Streetcar vehicles would operate primarily in a dedicated lane to avoid traffic conflicts.

The initial cost of purchase and installation of the system was estimated at $2.5 billion, or about $156 million per mile. A full engineering study will be required to determine actual costs, de Blasio's office said.

New York City will offset the costs through a tax incremental financing mechanism that would capture a percentage of the increase in property values of existing and new development along the corridor. 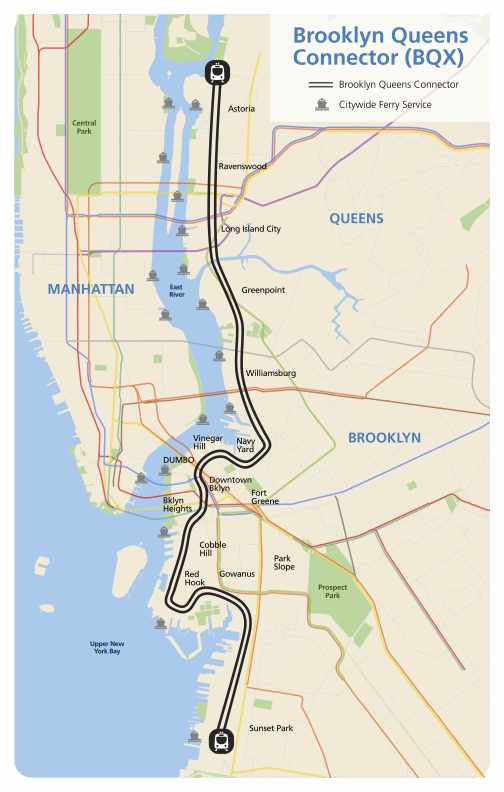