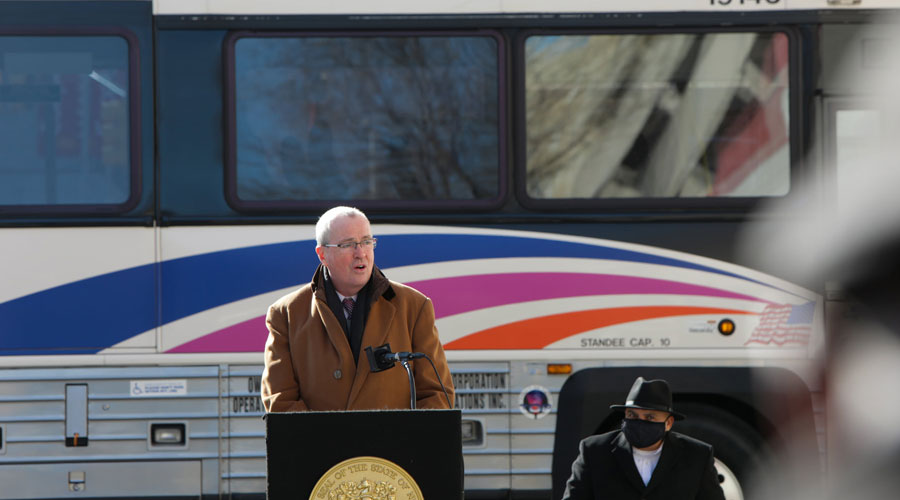 New Jersey Transit is advancing its Innovation Challenge project by issuing a request for proposals (RFP) to develop "an inventive and original solution" to increase mass-transit capacity between the Frank R. Lautenberg Rail Station at Secaucus Junction and the Meadowlands Complex.

The RFP is asking qualified contractors for a solution as to how to move a stadium's worth of people continuously between Secaucus Junction and the Meadowlands Sports and Entertainment Complex —  anchored by MetLife Stadium, the Racetrack and American Dream — seven miles away, according to an NJ Transit news release.

A $250 million redevelopment of the Walter Rand Transportation Center (WRTC) — the largest transportation hub in Camden County — has also been announced by NJ Transit. The project would eventually replace the existing facility with an expanded multi-purpose transit center, a release from New Jersey Gov. Phil Murphy's office states.

An RFP for the design of that new facility will be released in the coming weeks. The initial design phase, once commenced, is expected to take about nine months to complete. The new WRTC building will include accommodations for future transit developments and the potential for new retail, office, housing and hospitality opportunities.