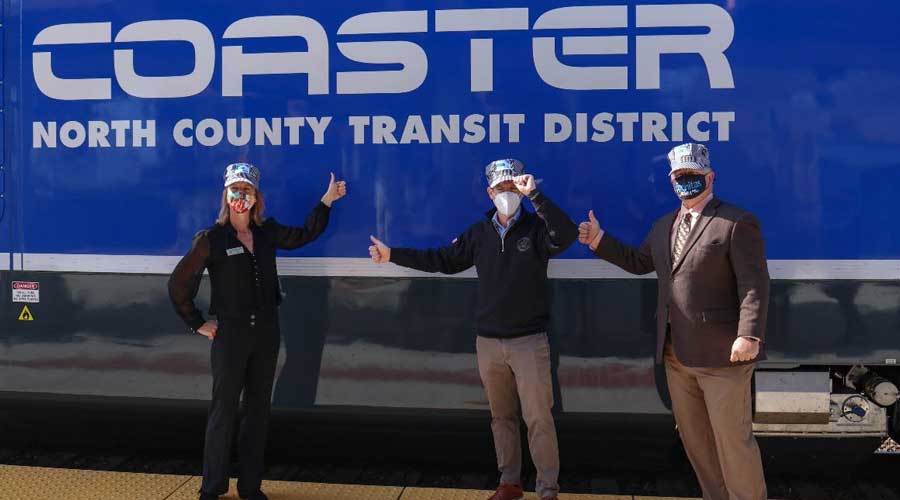 The overhauled Coaster coach and cab cars will be painted with a new color scheme, and will be equipped with new seating upholstery, new carpet, upgraded LED lighting and charging amenities at some seats.

Funding for the five new replacement locomotives came from a $10 million grant from the San Diego County Air Pollution Control District Carl Moyer Program, along with $46.6 million from the State of California Senate Bill 1 (SB1). Funding for the overhaul of the Coaster cars is provided by federal, state and local sources.