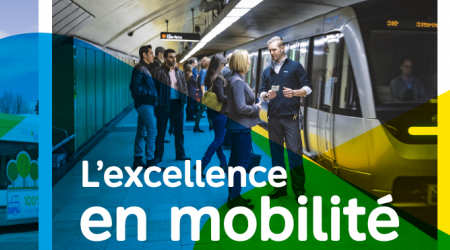 The Societe de transport de Montreal (STM) board has unveiled its 2025 strategic organizational plan, which is aimed at improving overall operations and customer service.

The plan's four main goals are improving the customer experience, adapting the agency to evolving governance, bringing finances under control and attracting new talent. STM was required by law to update its last strategic plan for 2020, which was approved in 2012, agency officials said in a press release.

The latest plan calls for an "unprecedented improvement" in STM's subway service, as well as investments to improve reliability and quality of service, according to the agency.

"With the massive investments in transportation infrastructure announced by government and the creation of the Autorite regionale de transport metropolitain (ARTM), we feel that STM is at a crucial moment in its history," said STM Chairman Philippe Schnobb. "Indeed, the new governance will allow STM to fully assume its role as the leader in mobility as a transit operator. Furthermore, structuring projects, such as the in-depth review of the transit network and combined mobility, will reshape the travel habits of hundreds of thousands of people."