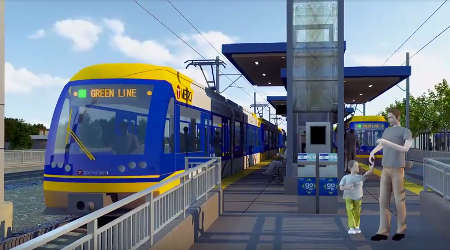 Minnesota Republicans are the latest lawmakers to ask U.S. Transportation Secretary Elaine Chao to reject a request for a federal grant that would be used to build a passenger-rail line in their state.

The March 17 letter to Chao was signed by 84 Republican lawmakers, including the speaker of the Minnesota House and president of the Senate, the American Association of State Highway and Transportation Officials reported in the AASHTO Journal.

The lawmakers objected to the Metropolitan Council's tactics in seeking funding for the project, raised environmental concerns about the project and questioned the council's ridership projections.

"It is our belief that further investment in [the project] as planned would be counter-productive to the state of Minnesota's transportation and environmental interests, and would recklessly consume scarce transit resources well into the future for a project that fails on so many counts," the letter stated.

The Minnesota GOP members are the latest lawmakers to ask President Donald Trump's administration to block federal funding for a rail project in their state. In January, Republican lawmakers representing California in Congress asked Chao to block federal funds for Caltrain's electrification project, which would lay the foundation for eventual high-speed rail service between San Francisco and Los Angeles.