A preliminary estimate of implementing the Northern Lights Express (NLX) high-speed passenger-rail line between Minneapolis and Duluth, Minn., will cost $500 million to $600 million — nearly half of earlier estimates, representatives of the Minnesota and Wisconsin transportation departments announced yesterday.

Transportation department officials and members of the Minneapolis-Duluth/Superior Passenger Rail Alliance revealed the new cost estimate and other details of the proposed service, slated to begin operation in 2020.

The proposed NLX would operate on 152 miles of an existing BNSF Railway Co.  corridor between Minneapolis and Duluth on a schedule of four roundtrips per day at speeds up to 90 mph. Earlier, the proposal called for trains operating at 110 mph. The speed reduction helped generate the cost savings, according to a report by a local CBS news affiliate in Minnesota.

The total travel time between the cities would be about 2.5 hours, according to a Minnesota Department of Transportation (MnDOT) press release.

The service would also cross into Wisconsin, which is why that state's transportation department is involved.

Ridership for the service's first year is projected to be 700,000 to 750,000 trips. Ridership is projected to increase to up to 1 million trips by 2040. Fare revenue is expected to cover most of the operating costs, estimated to average $17.5 million per year, officials said.

The next steps in the proposal include updating the preliminary project and operation cost estimates, as well as preparation of a final benefit-cost analysis after cost-sharing discussions with BNSF are completed.

MnDOT also is proceeding with preliminary engineering, Tier II environmental assessment, financial and implementation plans. It's anticipated that the project will be shovel ready by 2017, officials said. 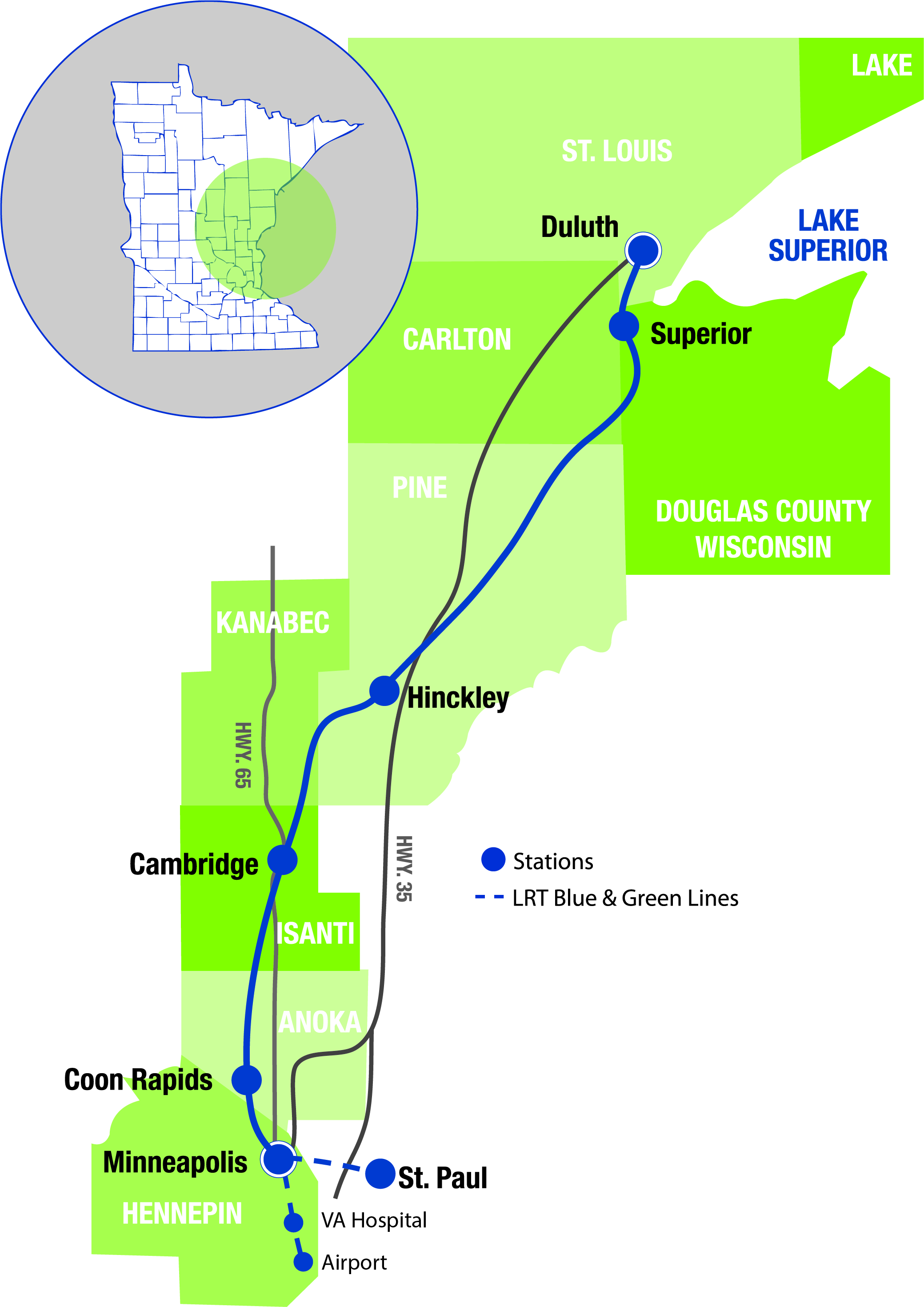