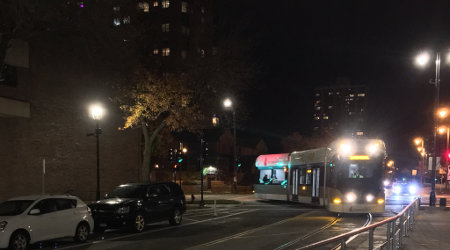 More than 75,000 people hitched a ride on The Hop during the Milwaukee streetcar service's first month in operation, Hop officials announced Tuesday.

The Hop's initial 2-mile route starts at the Amtrak-served Milwaukee Intermodal Station, and operates in and around the downtown.

The city contracted Kiewit Infrastructure to build the infrastructure and a maintenance facility, and Brookville Equipment to manufacture five streetcar vehicles.