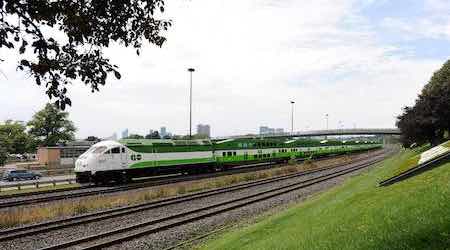 The third track will run between Beechgrove Road and Durham Junction in the Toronto area, officials said in a joint press release.

Teams that qualify for the project will be invited to respond to a request for proposals in summer.

The project is part of Metrolinx's support of GO Transit's Regional Express Rail (RER) project, which is aimed at providing faster and more frequent transit service across the Toronto and Hamilton areas.

The RER project includes electrification of core segments of the GO rail network by 2024 or 2025.