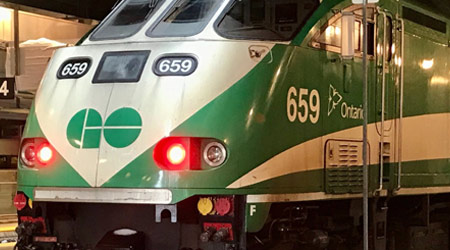 Metrolinx has begun construction on the Bradford GO Transit Station to increase access for pedestrians and motorists through a new traffic signal at one entrance. New sidewalks will also be poured with the addition of a new pick-up and drop-off zone, as well as a new heated shelter.

Security will also be upgraded with better lighting and a CCTV system. Much of the work is being done ahead of future plans to increase Barrie Line frequency to two-way, all-day service, Metrolinx officials said in a press release. Construction began last month and is expected to continue until summer 2023.

Meanwhile, VRE’s operations board has approved a new task order for construction management services to begin this summer on its station in Fredericksburg, Virginia, after the agency selects a contractor for the $5 million project.

Design for the station rehabilitation project is completed. The project calls for concrete platform modifications and repairs to increase boarding capacity for VRE and Amtrak trains. In addition, platforms will be lengthened and a new stair tower will be added for safer pedestrian access.