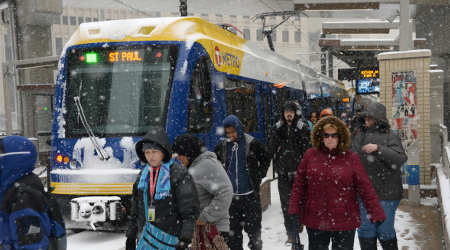 Last year, Metro Transit served a record number of riders across all three of its rail lines in and around the Twin Cities.

"This is another piece of strong evidence that rail investment is good for the Twin Cities," he said.