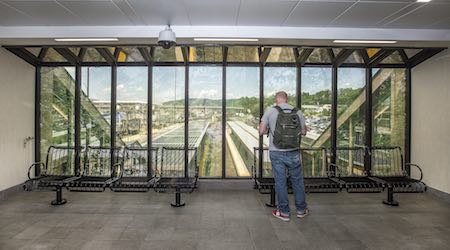 The project involved both station structural renovations as well as aesthetic improvements. The work was completed in phases to allow Metro-North riders to use the station with minimal disruption, according to a press release issued by Cuomo's office.

"The Croton-Harmon station is an important hub along the Metro North Rail Road and these upgrades will improve the commuting experience for the thousands of riders who depend on it every day," Cuomo said. "This project is building on our efforts to rebuild and modernize the MTA and I am proud to see it completed."