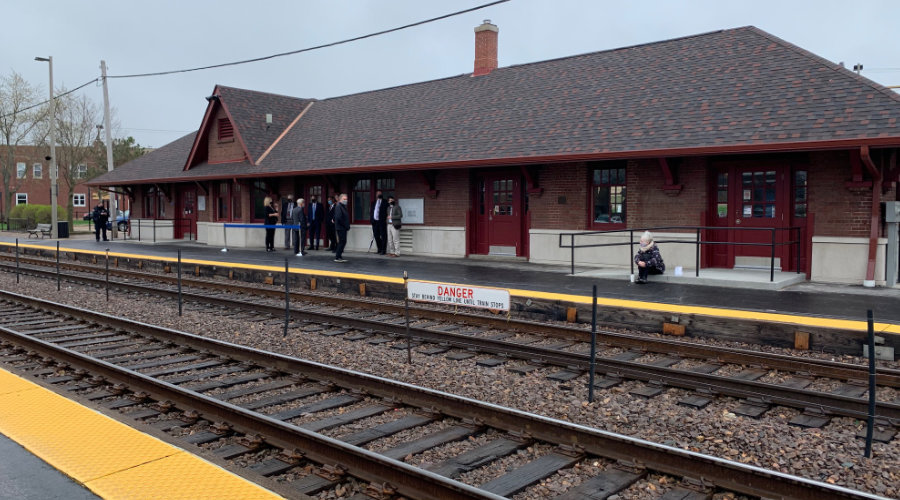 Metra, Woodstock and McHenry County officials recently marked the completion of the rehabilitation of a Metra station in downtown Woodstock, Illinois.

The $250,000 project — which was funded by Metra and overseen by the city of Woodstock — was the first major rehab of the 2,100-square-foot building in more than 25 years, Metra officials said in a news release. Work was performed on the building’s interior and exterior, including replacing the HVAC system, fire alarm and water heater, and repairing restrooms.

The project also included the replacement of the station’s roof, gutters and downspouts, as well as tuckpointing and painting all exterior trim. A limestone cladding was added to the station’s exterior, and the concrete walkways surrounding the building were replaced to improve ADA accessibility and drainage.

“The city of Woodstock is deeply grateful for Metra’s continued support in improving transit facilities and service for Woodstock’s growing number of residents and visitors,” said Woodstock Mayor Brian Sager. “We look forward to further collaborating on planned projects, including a new warming shelter and maintenance rail yard that will increase ridership for Metra while offering enhanced convenience and safety for the Woodstock community.”