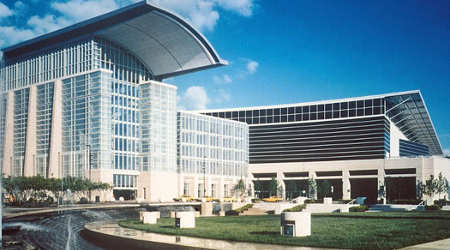 Metra plans to work with the Metropolitan Pier and Exposition Authority (MPEA) to improve the station serving the McCormick Place Convention Center.

The work is scheduled for completion in the third quarter. MPEA plans to convert the existing waiting area to a business-class waiting room with modern seating, charging stations, Wi-Fi and upgraded flooring.

Metra will install digital signage and a sound system to allow riders to hear train announcements without having to travel to the platform area below.

"Together, we recognize the need for some improvements to make the station more inviting, especially for the thousands of conventioneers who stay at hotels near Millennium Station," said Metra Executive Director and Chief Executive Officer Don Orseno. "Our service has served McCormick Place well in the past and we expect ridership to increase dramatically in the years to come."

Longer term, Metra is exploring the idea of adding crossover track south of the station to increase capacity for train service between McCormick Place and Millennium Station.

The station is on Metra's Electric Line.