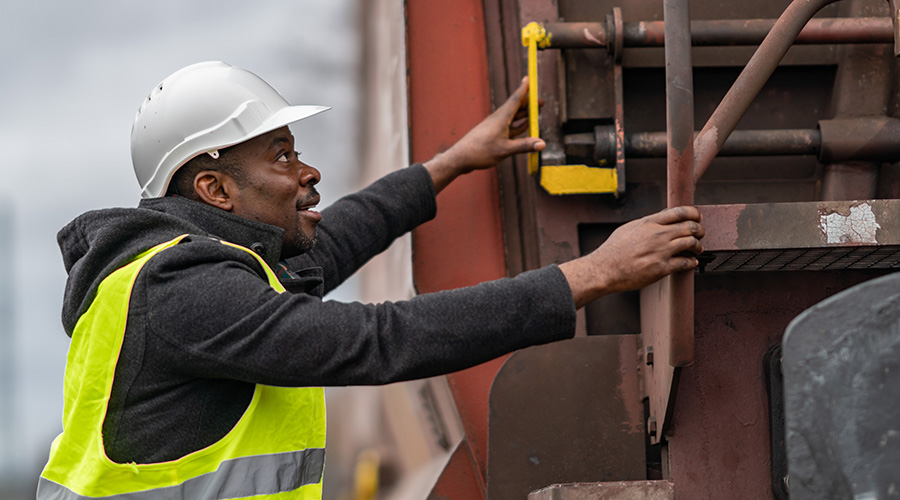 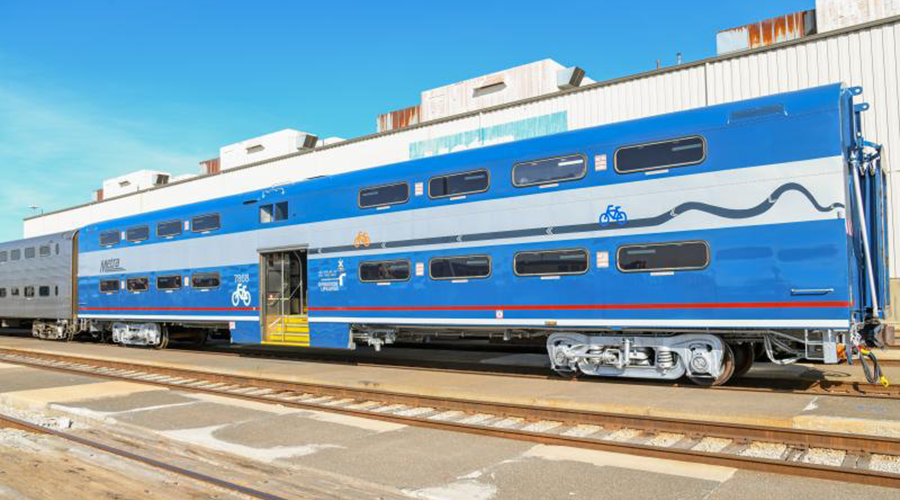 Metra in Chicago last week deployed a second rail car with additional bicycle storage on the Milwaukee District North Line as part of a pilot program that will last until spring 2021.

The bike car will have room to store 16 bicycles instead of the usual five allowed on Metra rail cars. The car will join the first bike car that was deployed last month, and enables Metra to offer the amenity on Sundays, Metra officials said in a press release.

The railroad chose the Milwaukee District North Line for the pilot because of the number of cyclists and reverse commuters who use the line, which is close to forest preserves and trails, Metra officials said.

To accommodate more bicycles, Metra crews removed 24 two-passenger seats on one half of the lower level of a Pullman car from the late 1960s.

The bike car can be identified by its blue and grey paint scheme, as well as a large white bicycle decal adjacent to the exterior doors. Metra will gather feedback about the pilot over the next few months.