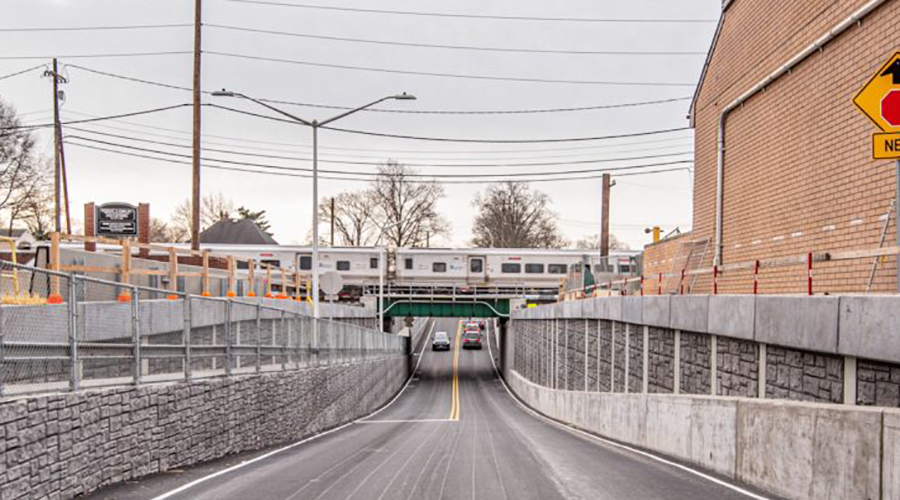 The bridge is the last one to be replaced or upgraded as part of the LIRR Expansion Project, which seeks to add a third track to the LIRR main line and eliminate eight grade crossings, MTA officials said in a press release. The bridge was raised from 12 feet and 9 inches to the national standard of 14 feet, and its structure was rebuilt with a third bay for the new track.

"The LIRR Third Track Project is about creating a safer, more reliable, higher-capacity railroad for the millions of people who use the LIRR each year, and this is a major milestone for the project," said MTA Chair and CEO Janno Lieber.

The third track, anticipated to be completed this year, will run along a 9.8-mile stretch between Hicksville and Floral Park, New York, allowing the commuter railroad to increase service and create flexibility on multiple branches.

The expansion project also includes the modernization of station houses; installation of longer-lasting concrete railroad ties; replacement of old switches, signals and interlockings; and modernization of electrical systems. Five stations and some critical infrastructure, such as power substations, will be rebuilt by the end of the project.