MTA drops out of APTA

MTA Chairman and Chief Executive Officer Thomas Prendergast — in a scathing eight-page letter dated April 8 to APTA President and CEO Michael Melaniphy — cited frustrations with APTA's lack of leadership, particularly when it comes to representing the concerns of commuter railroads and "legacy" transit agencies, which represent the majority of APTA's membership. 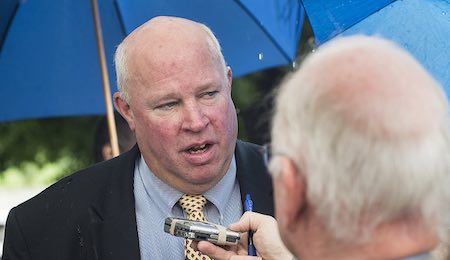 For example, with the exception of APTA Chair Valarie McCall, there are no commuter-rail or legacy system representatives serving on APTA's executive committee, Prendergast wrote. McCall serves on the board of the Greater Cleveland Regional Transit Authority (GCRTA).

Legacy systems are agencies that existed when the American Transit Association and the Institute for Rapid Transit merged to form APTA in the early '70s. Those include GCRTA, MTA New York City Transit, New Jersey Transit, the Southeastern Pennsylvania Transportation Authority and Chicago Transit Authority.

"These systems face unique challenges that require industry support," Prendergast wrote. "The rail portions of these systems are not only older, but their infrastructure is much more complex. As a result, their challenges and needs are significantly different than those of the other rail transit systems that came into being after the '70s."

Additionally, commuter-rail systems face the added challenge of complying with the Federal Railroad Administration's regulations, he noted. These rail systems also have "complex symbiotic relationships with Amtrak" stemming from shared use of track along the Northeast Corridor.

These challenges require focused attention at a policy level, Prendergast said. Although APTA's Metropolitan Rail Discussion Group allows for discussion of these issues, it's "arguable whether it fully meets the needs of the legacy systems in either spirt or intent," he added.

APTA's existing executive committee has no members from the northeastern United States, which is where public transportation is used most in the country. But there are six members representing transit system operators in California alone, Prendergast noted.

Prendergast also cited APTA's high membership fee among his reasons for parting ways with APTA. For MTA, that fee amounts to $400,000 per year, which Prendergast said "is not commensurate with the level and quality of the services" the agency receives.

Toward the end of the last century, APTA has served as an avenue for agencies to obtain legislative support, technical assistance and knowledge. Since that time, however, several other organizations have emerged that provide the same services in a more effective, efficient way, Prendergast said.

He highlighted the Association of American Railroads, the American Railway Engineering and Maintenance-of-Way Association and the Transportation Research Board as examples of these kinds of organizations in the United States. On a global level, there's also the International Association of Public Transport and the Community of Metros.

The MTA is a member of those and other organizations and continues to participate in many of their annual meetings and conferences, Prendergast said.

Another issue that has "greatly influenced" MTA's decision to terminate its transit membership status involves Melaniphy's leadership and compensation.

"Based upon APTA's lack of responsiveness over the past five years in addressing the serious issues outlined [in this letter], we have grave concerns that you will address any of them in a meaningful way if your contract is renewed another five years," Prendergast wrote, addressing Melaniphy.

MTA has continued concerns about Melaniphy's total compensation, benefits and other elements of his employment agreement as they relate to what's "accepted and practiced at the current time in the public sector arena," Prendergast said.

Although APTA's current and past chairs have made efforts to address issues with Melaniphy's compensation, there hasn't been enough progress, Prendegerast said.

APTA officials are "disappointed" with MTA's decision to terminate its membership and will continue talks with agency, said APTA Vice President of Marketing and Communications Rosemary Sheridan in an email.

"We are working hard to show the value of APTA membership to them and all of our members," Sheridan said. "We believe that continued partnership and collaboration among MTA, APTA and the overall public transportation industry is important as APTA serves the public interest and represents all modes of public transportation."

For its part, MTA will continue to work and coordinate with APTA on issues of common concern, Prendergast said in his letter.

"Even if MTA is not an APTA transit member, we fully recognize the importance of standing united and in unison with APTA on key issues at the federal, state and local levels," he said.