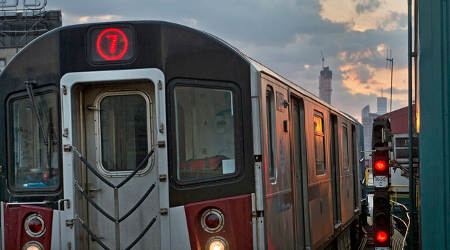 The winners were collectively awarded $2.5 million in prize money for their submissions. MTA held the competition as soaring ridership continues to strain the subway system's aging infrastructure.

All the winning ideas will be "throughly vetted and further developed as quickly as possible," subject to approval from MTA's board, agency officials said in a press release.

Other winners in the signals category were Ansaldo STS and Thales Group, who separately proposed using onboard sensors and cameras for train positioning to eliminate the need for "cumbersome wayside equipment," MTA officials said in a press release.

Bechtel plans to reinvest its $500,000 cash award from the competition to a dedicated internal group that will work with MTA to develop specifications for such a robotic system.

"People from around the world delivered groundbreaking solutions that truly represent a new wave of innovation for the MTA, and we are more excited than ever about the future of New York subways,” said MTA Chairman Joe Lhota.