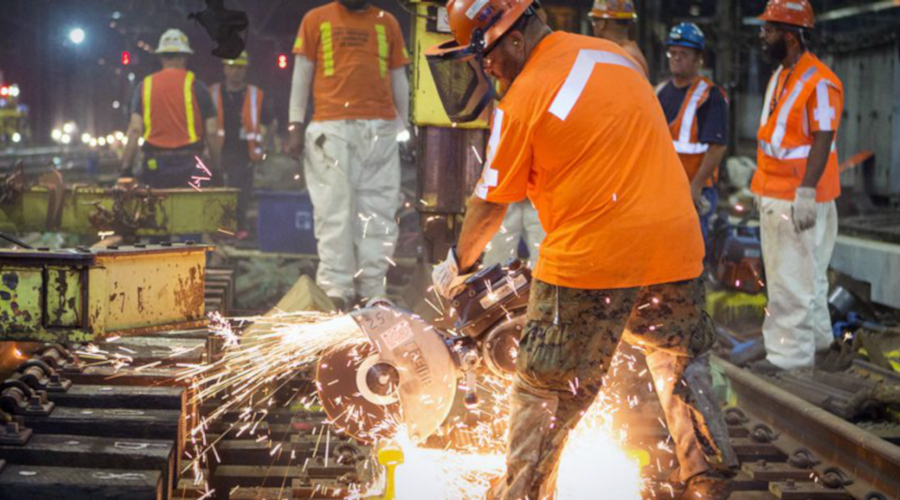 The repair and rebuild work reduced LIRR’s train activity at the station to 260 daily trains during rush hour. On Sept. 3, the LIRR restored its number of trains operated during rush hour to 274, a 5.4 percent increase, LIRR officials said in a press release.

During the service interruption, LIRR added five trains to offer options to riders. Due to popularity, two of those morning trains will continue to operate: Ronkonkoma Station to Penn Station and Freeport to Penn Station.

Meanwhile, LIRR announced that this month its crew will rebuild a complex of switches at Mineola Station that will allow trains to switch between Main Line and Oyster Bay Branch tracks.

The work is expected to reduce the number of train delays attributed to switch problems, LIRR officials said in a press release.

The work will require two Main Line tracks to be fully or partially out of service during three weekends in September: Sept. 7-8, 14-15 and 28-29. This will cause some suspended service between New Hyde Park and Hicksville, and reduced Huntington/Port Jefferson service.