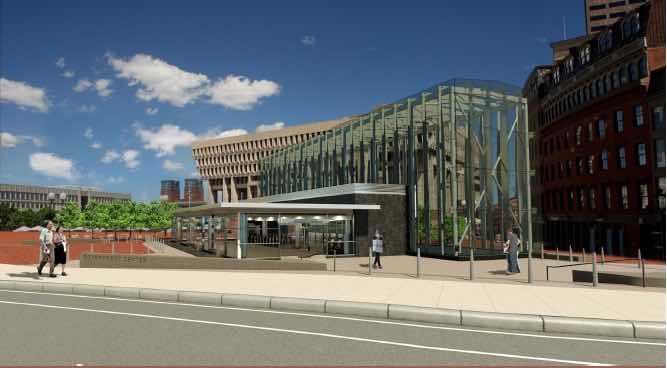 The station now features a glass head house structure and elevator access from street level to the Green and Blue line trolley routes.

Additionally, the station is now compliant with the Americans with Disabilities Act. Previously, riders could access the station only by stairways and escalators, Massachusetts Department of Transportation (MassDOT) officials said in a blog post.

"Crews have worked hard to keep our pledge to reopen the station in two years – a feat they were only able to accomplish by closing the entire station, rather than parts of it," said MBTA General Manager Frank DePaola.