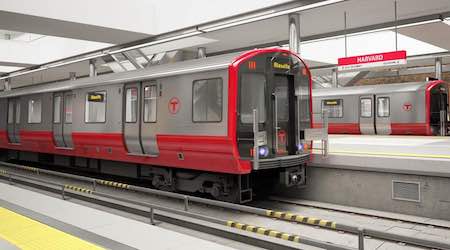 The Massachusetts Bay Transportation Authority (MBTA) this week will kick off a series of public meetings to discuss major improvements to Red Line rail stations and parking garages.

The work includes major accessibility upgrades and additional parking at the Wollaston Station in Quincy, Mass. That station is the only non-accessible station on the Red Line.

The MBTA also plans to demolish the Quincy Center Garage and overhaul parking facilities at the Quincy Adams and Braintree stations, agency officials said in a press release.

Slated to take place April 4-11, the meetings will feature presentations from project managers on engineering plans, timelines and other related topics.

"We sometimes refer to the Red Line as the 'Jobs Line' because of its critical role in moving people from their homes to their jobs," said MBTA Chief Administrator and Acting General Manager Brian Shortsleeve. "The generational investment we are making in Red Line vehicles and infrastructure will deliver significant and lasting benefits not just to Red Line riders, but to their communities and the region's economy."