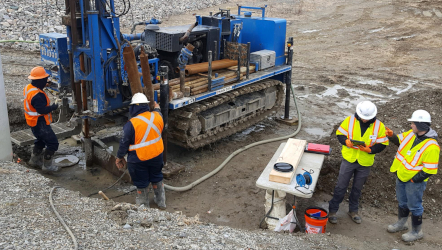 The Broadway and Medford Street bridges, for example, are wide enough only to accommodate the existing commuter-rail service that operates beneath them. The Broadway bridge will be replaced with a wider bridge featuring a center column pier-style foundation, new east and west abutment foundation and wall, and a lengthened roadway surface deck.

The Medford Street bridge will have its pier and abutment structures reconstructed and widened.

The Washington Street bridge requires a complete reconstruction of abutments and structural span to accommodate a light rail service and pathway.