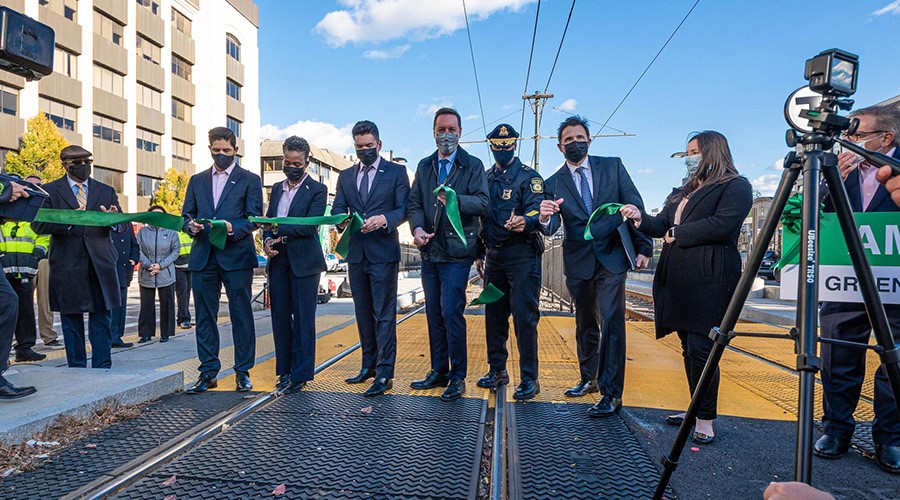 The station consolidation project was completed six months ahead of schedule, MBTA officials said in a press release. The project also upgraded two intersections and renewed 5,000 feet of track on the Green Line.

The stations feature accessible platforms that are compatible with low-floor vehicles and other amenities as part of the Green Line Transformation (GLT) program. The B Branch is also now more efficient with less stops and a more accessibility-friendly design. Other upgrades included security, reliability and communications, as well as longer 225-foot platforms to accommodate the new Type 10 super cars, which are now being procured. MBTA officials expect they expect the first super cars to be available in 2026.