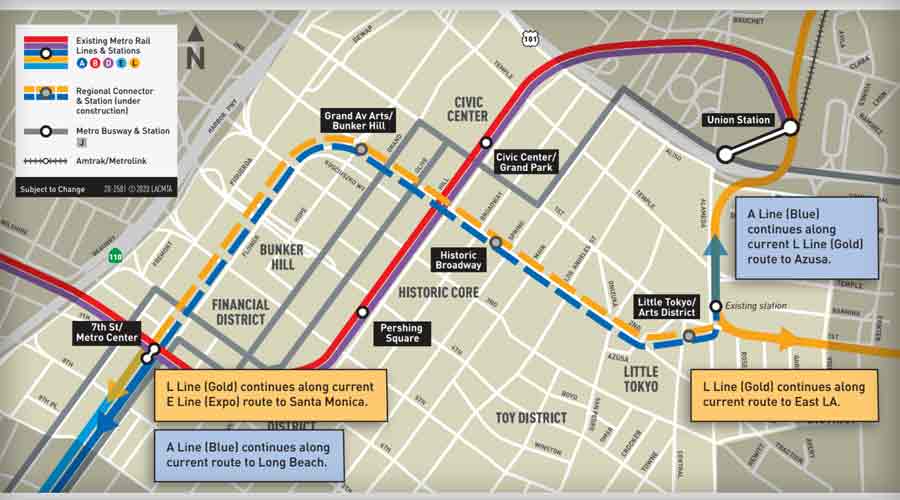 Regional Connector Constructors is designing and building the $1.8 billion project to connect all L.A. Metro light-rail lines in downtown Los Angeles. The project is 90% complete, L.A. Metro officials said in a press release.

"This is our latest accomplishment as we continue to complete this vital transportation project that will better connect the entire L.A. County region to Metro's rail system," said L.A. Metro Chair Hilda Solis.

The Grand Avenue/Bunker Hill Station has been a "complex undertaking" due to its location 100 feet below ground level, the deepest rail station in the entire transit system, officials said.

The project is a 1.9-mile underground light-rail extension to connect the A, E and L lines in downtown Los Angeles. Three new stations will also be built. Once fully operational, the project is expected to serve 88,000 riders daily, including 17,000 new riders, and save commuters up to 20 minutes in travel time.