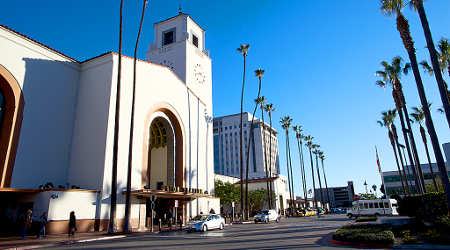 The project is aimed at improving pedestrian and bicycle access to and from the station, and reestablishing connections to surrounding communities.

One main component of the project involves widening sidewalks to create a walkway along both sides of Alameda Street in front of the station. The pedestrian entrances to Union Station also will be reconfigured and expanded, according to an entry on Metro's blog.

The agency will continue accepting feedback on the draft EIR through Sept. 25.

L.A. Union Station is served by Metro's subway and light-rail trains, as well as Amtrak and Metrolink trains.