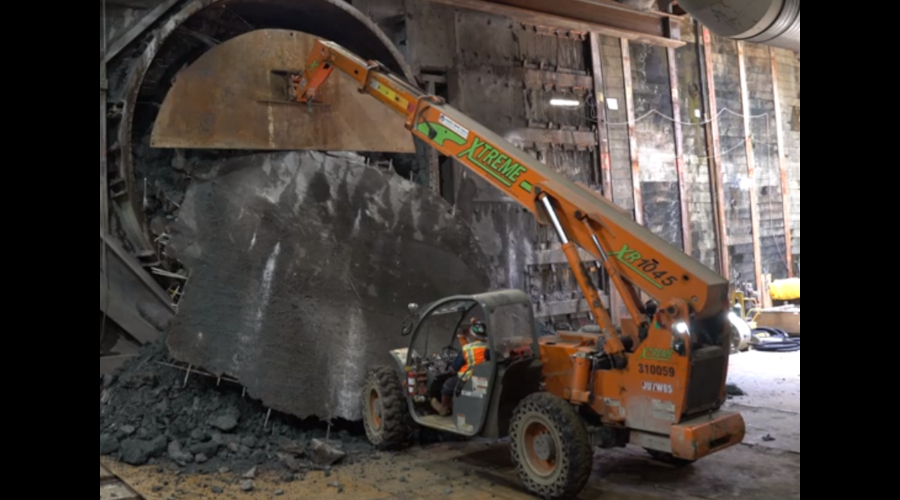 The Los Angeles County Metropolitan Transportation Authority (LA Metro) earlier this week announced that its first tunnel boring machine has broken through from the Wilshire/La Brea Station site to the Wilshire/Western Terminus in Los Angeles.

The boring machine is one of two being used to mine parallel subway tunnels to extend LA Metro’s Purple Line from the current Wilshire/Western Terminus to the Wilshire/La Brea Station site.

Since the tunnel boring machine was lowered into the ground at the La Brea site in October 2018, the machine has been operated five days per week and has burrowed about 60 feet per a 20-hour day. The digging has taken eight months to reach the bulkhead, or retaining wall, at the face of the Wilshire/Western Terminus.

A second tunnel boring machine was launched six weeks after the first, and is expected to break through later this month.

After this first leg of tunneling, the boring machines will be moved and tunnel west to future station sites at Wilshire/Fairfax and Wilshire/La Cienaga to complete the first of three sections in LA Metro’s Purple Line Extension project by mid-2020.

Following the tunneling operation, LA Metro will focus on completing construction of its first three subway stations over the next three years. This first section of the Purple Line extension is scheduled to open in 2023.