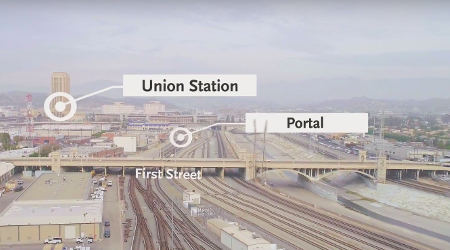 The project is aimed at improving turnaround times for Red and Purple line subway trains at Union Station, and creating more space in the subway car rail yard.

The added space is "important with the subway fleet growing and the first two sections of the Purple Line Extension under construction between Wilshire/Western and Century City," LA Metro officials wrote in a blog.

The project also would include construction of a ventilation shaft and storage tracks, as well as reconfiguring existing tracks and access roads to accommodate the turnback facility.